Beyond the Supersquare explores the indelible influence of Latin American and Caribbean modernist architecture on contemporary art. The exhibition features over 30 artists and more than 60 artworks, including photography, video, sculpture, installation, and drawing, that respond to major Modernist architectural projects constructed in Latin America and the Caribbean from the 1920s through the 1960s. Beyond the Supersquare examines the complicated legacies of modernism through architecture and thought—as embodied by the political, economic, environmental, and social challenges faced by countries throughout Latin America—through the unique perspective of artists working today. This exhibition is co-organized by Holly Block (New York City) and María Inés Rodríguez (Colombia), and designed by Benedeta Monteverde (Mexico).

Modern/Moderna explores the societal and cultural trends of Modernism through two contemporary artworks.  Amie Siegel’s The Modernists is a reassembled personal archive of found travel photographs and film footage of an unknown couple during the 1960s-80s; it examines the domestic camera’s gendered relationship to sculpture, fashion and our private/public selves.  Terence Gower’s Ciudad Moderna, uses the popular 1966 Mexican film Despedida de Casada as source material of the contemporary city and re-edits the film to feature the architecture as the protagonist. 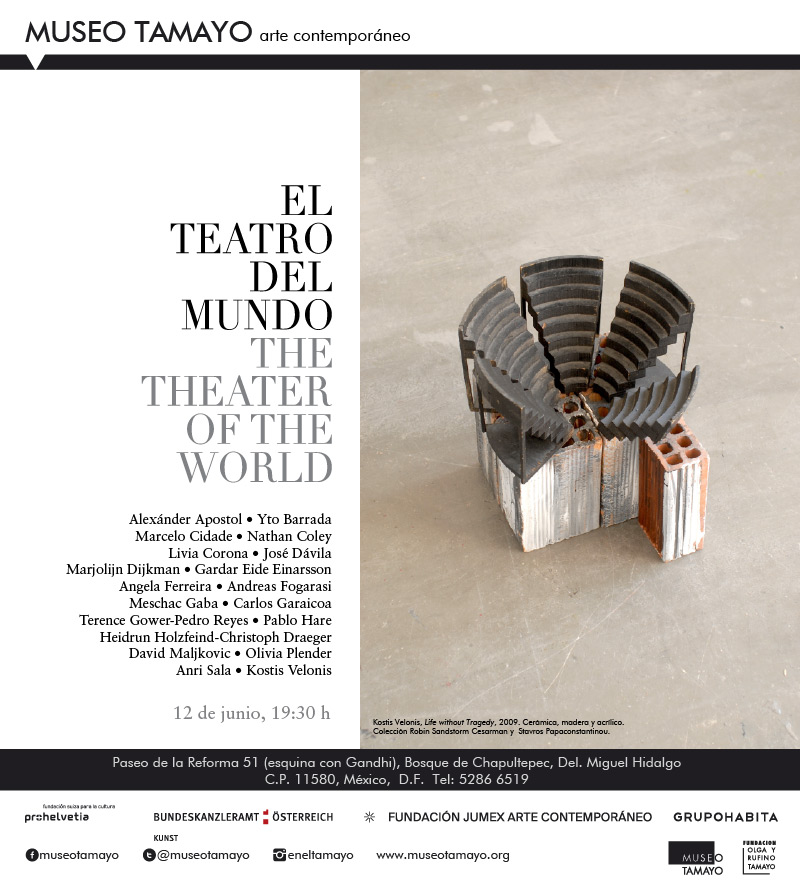 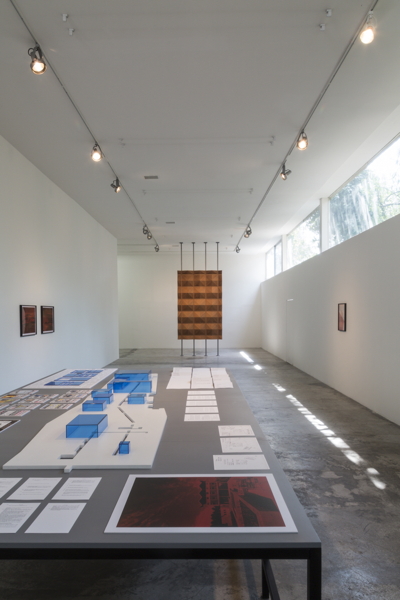 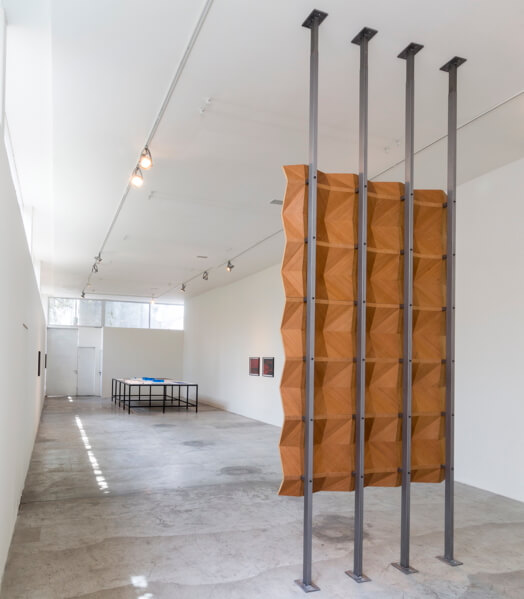 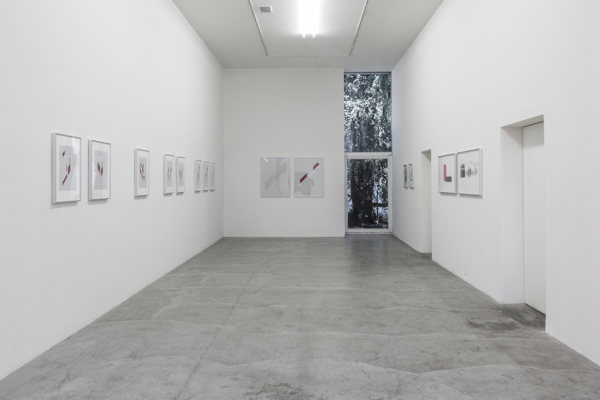 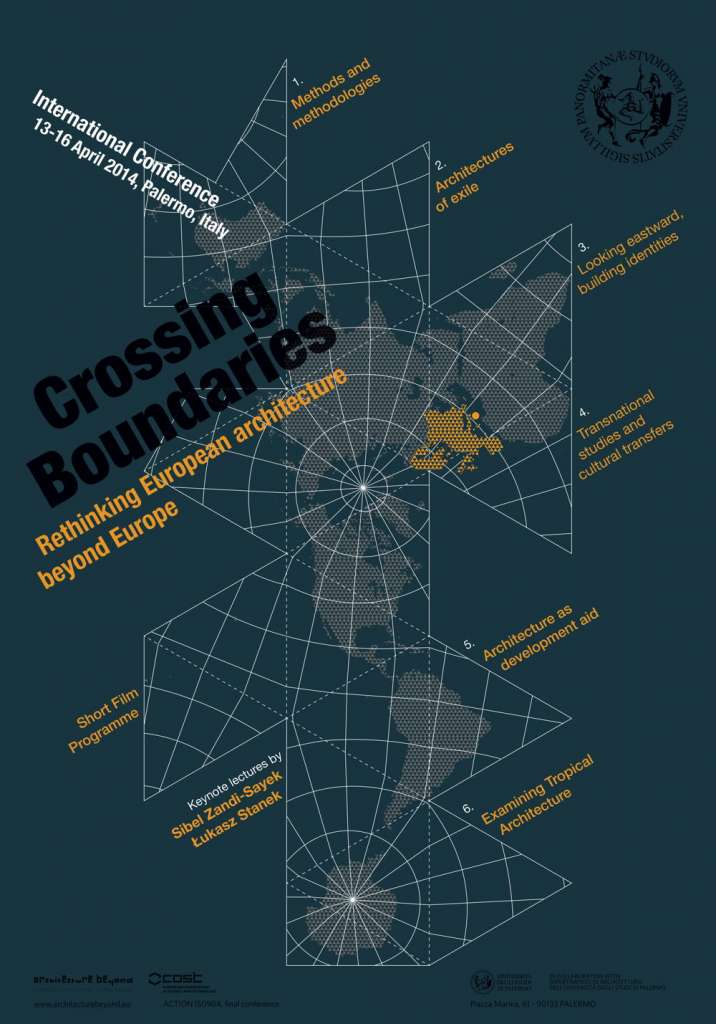 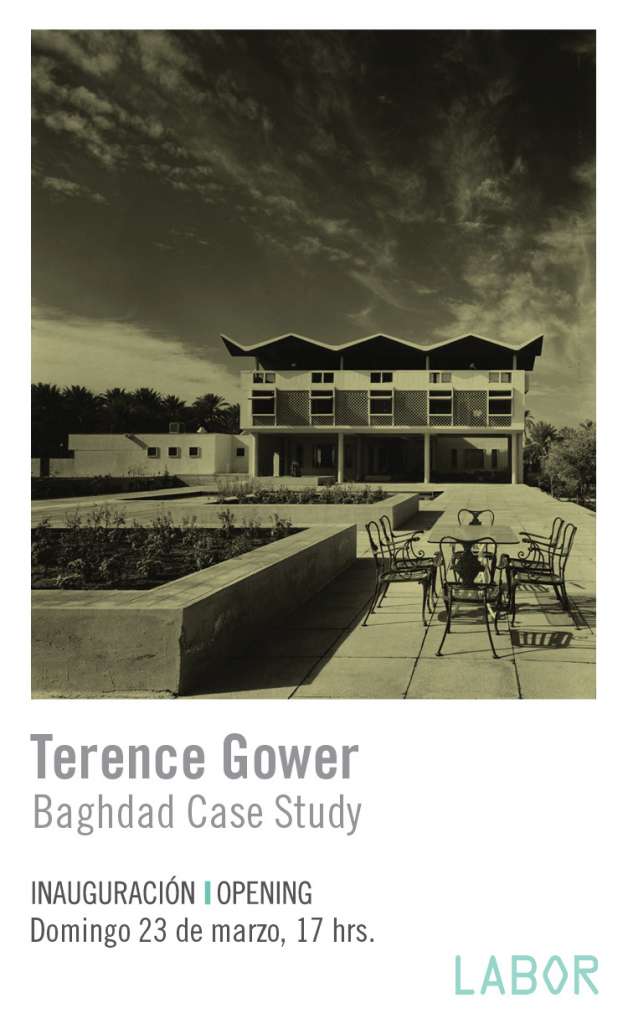 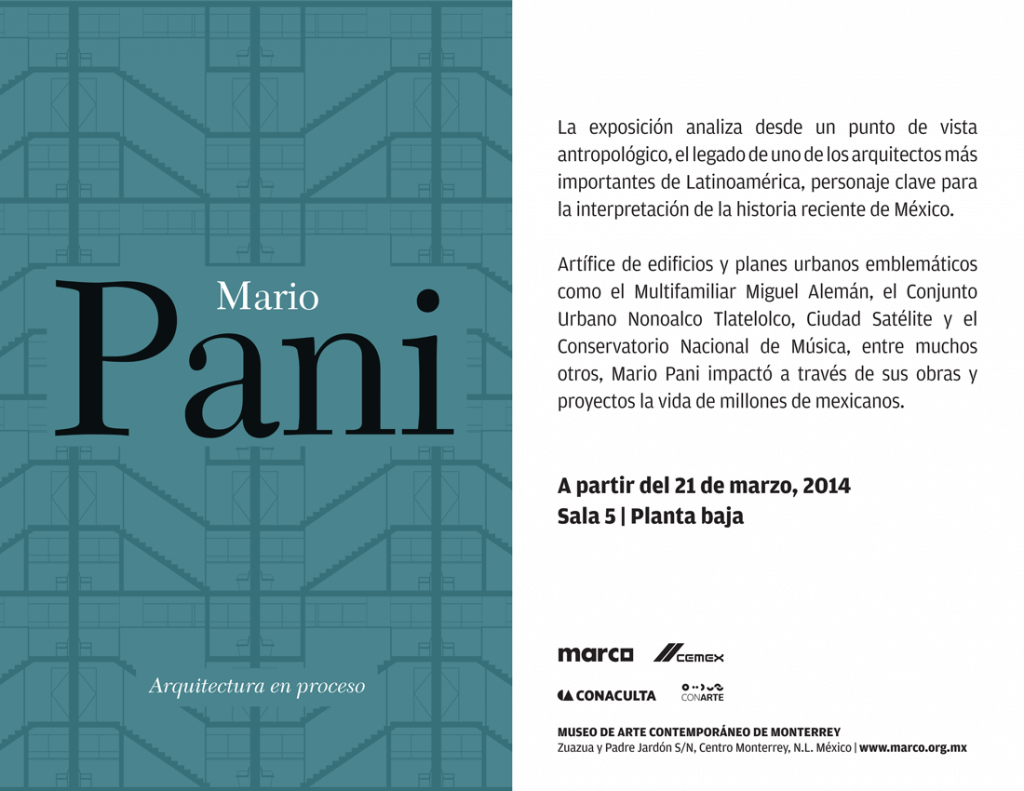 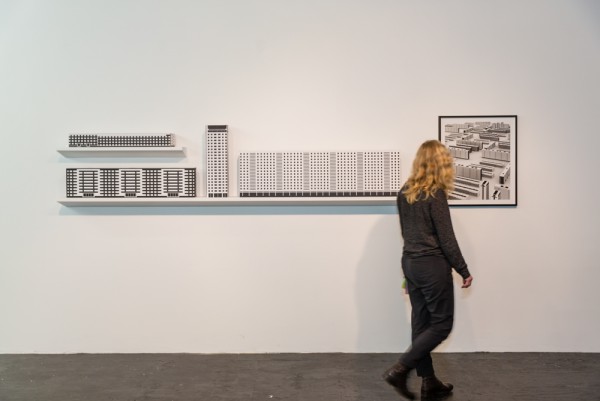 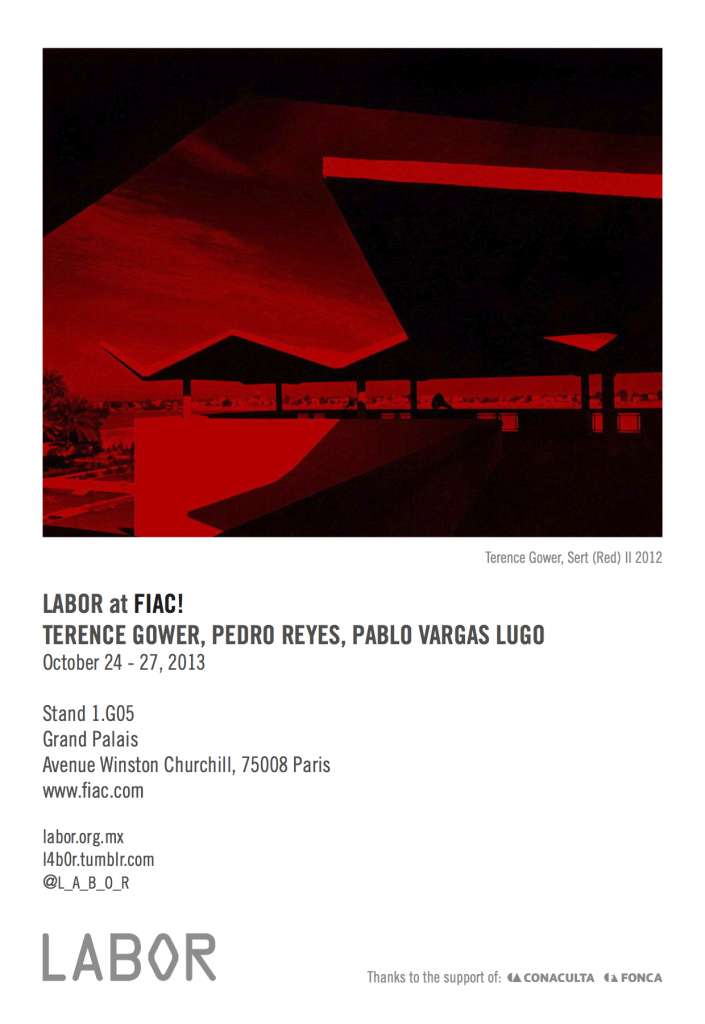 Terence: I saw your 1998 show A Brief Illustrated Guide to Bullfighting at Lombard-Freid a few years after I moved to New York. We met soon after and started the conversation that we are continuing here. Your Lombard-Freid show was a meticulous study of the rituals of the corrida (bullfight). Though it wasn’t part of your upbringing in Caracas, the corrida was a natural subject for you. It is an important part of Latin American culture, and it is a unique system for the construction of male sexuality, a theme running through your earlier work.

Jose: Homosexual eroticism was a theme on which I did extensive research in my earlier work. That is what led to my interest in the archetypal figure of the matador.

Terence: And the matador and corrida have provided a lot of the conceptual and formal material for your work since then. But are there other links between this new work you are producing for CIFO and your work before the corrida research?

Jose: In the 80s I did a series of works titled Interiors. These were ephemeral architectural interventions in my house in north London. Truly Arte Povera in that both the materials and production cost nothing. Similarly, my current work has begun to branch out from a so-called “studio practice” to interventions in real architectural spaces. For CIFO I am presenting a work that reflects my current interests in a hybrid form between art, design, and architecture. It touches on aspects of my earlier installation work yet is developed from sources that have informed my work since the mid-80s. You can see my process has become both linear and cyclical.

Terence: In your process of abstraction you start with a representative form—the shape of the bullfighter’s cape, for instance—then gradually refine it and reduce it to end up with the shapes in your sculptures and reliefs. I have noticed your pacing, concentration, and discipline as you extrude abstract forms from your research and it’s this process of research to abstraction that has fascinated me for years. It’s become one of the models for my own practice.

Jose: It’s almost like yoga practice. My yoga teacher has talked about pacing and how we need to do and make less not more. It made me think about the time-work ratio as it relates to output and I had this comforting feeling that I had found the right balance: I don’t need to make more than I truly need to. I know you relate to this, it’s in your work too. In romance languages there is a verb that doesn’t translate that well into English: Réfléchir in French, reflexionar in Spanish. It’s a process of concentrating with discipline, and carefully reflecting on your actions.

Jose: Genet was absolutely right, and so was Michel Leiris (in Miroir de la tauromachie). The visceral and the sublime: They may be French but that conjunction is utterly Spanish! But in answer to your question, I do not think the corrida per se is still present in my recent sculpture and relief work. In fact the first large volumes I did back in 2007 (Chicuelina, Verónica, etc.) were made after spending a summer in Maine and taking pictures of boats and sails. These are works that gently sit on the ground and contain an implicit aura of motion and gravitas.

Terence: So there is some rather rich layering going on. And a freedom to make intuitive connections between, for instance, the shape of a sail and the curving gestures of the matador that lend the floor works their titles. I like how you allow the work to accumulate form and meaning throughout the process of conception and production. That freedom definitely comes across, and stands in a kind of productive discord with the pacing and discipline described above.

First image of this New York 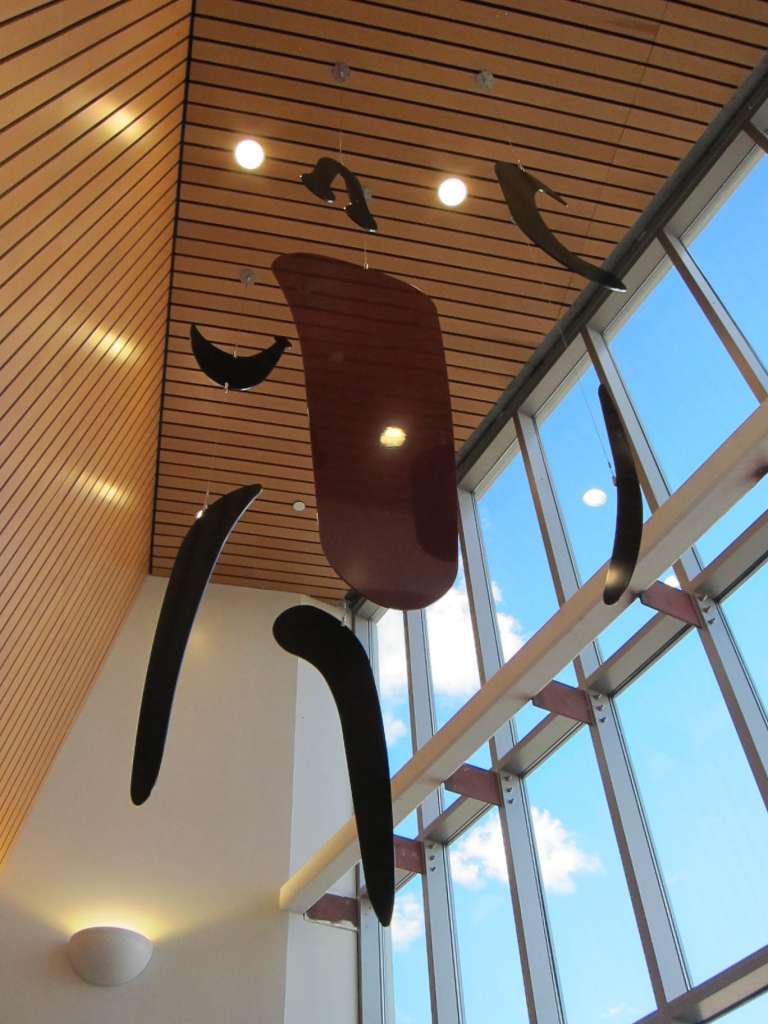 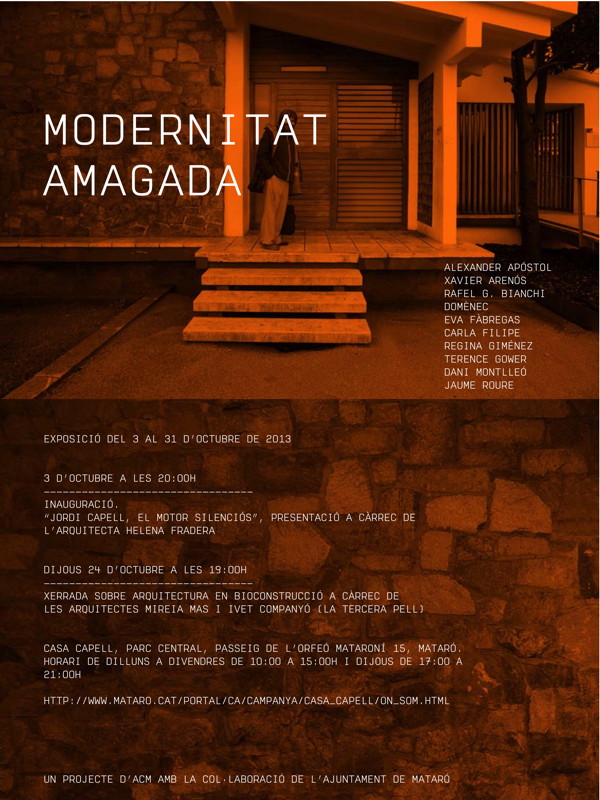 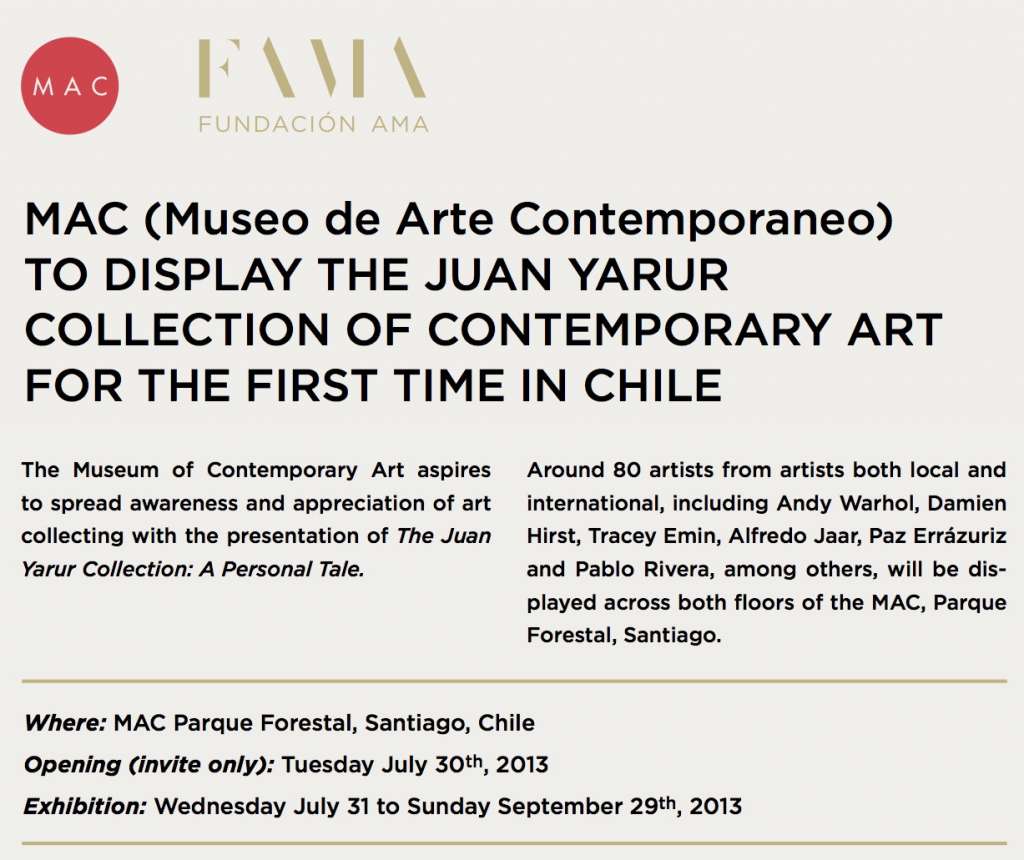 Simon Preston is delighted to present On The Passage of a Few, an exhibition of works by Alexandre da Cunha, Terence Gower, Luis Molina-Pantin and Lisa Tan. The exhibition opens on 19th June and runs until 4th August, 2013.

Borrowing its title from Guy Debord’s 1959 film, On the Passage of a Few Persons Through a Rather Brief Unity of Time, the exhibition explores the relationship between citizen and environment, while it simultaneously critiques and pays homage to decaying modernist ideologies. Each artist dismantles the structure of modernist systems by exploiting and transforming the materiality of cultural and architectural tropes in order to make way for new narratives.

Terence Gower’s installation The Red Wall (El Muro rojo) dominates the gallery space. An enormous red wall frames a black and white restaged photo of Armando Salas Portugal’s famous 1953 image of Casa Barragán. By reducing Luis Barragán’s exuberant colours to grey tones, the work highlights Barragan’s aesthetical concerns with emotional experience and architecture. Known for playful appropriation of everyday objects such as plungers, mops, fans or bottles, Alexandre da Cunha uses critical wit to topple hierarchical modernist language. With Full Catastrophe (drum XIV), the simple gesture of liberating a rusted industrial cement mixer from its original function raises complex questions of trade and labor. Luis Molina-Pantin is an obsessive chronicler. Whether using photography, books, everyday objects or postcards, Luis creates inventories of our over-looked cultural landscapes. Non-Fiction reviews is an installation consisting of sixteen fictional vintage books, each cover depicting an airplane disaster. Objectifying the book through the lens of the archive, the series becomes a strategy of representing failed ideologies – the imagery of flight, a classic modern aspiration displayed as a dystopian failure. Lisa Tan incorporates personal and collective histories in order to explore her long-standing preoccupation with the indefinable. In this instance, Alter Nordfriedhof casually documents a cemetery in Munich on a spring day. Overgrown vines and flowers obscure the tombstones into abstract shapes. Through the use of repetition and the apparatus of archival structures, an elegant ontological study transforms into a poetic meditation on mortality.

Review: Builders at National Gallery of Canada
Posted by Terence Gower on 7 June 2013

Review: Four Houses, Some Buildings, and Other Spaces
Posted by Terence Gower on 7 June 2013

“Four Houses, Some Buildings and Other Spaces,” organized by AICA-USA member Berta Sichel, will be on view at 80 WSE January 29 – March 16.  The exhibition explores the bonds between architecture and history, delving into the complex relationship between ruins, memories, and the social and cultural implications of place. The 10 artists in the exhibition—European, North American, and Latin American—revisit the history of monuments, houses, municipal buildings – sites that were once hallmarks or centers of production but have become forgotten or abandoned areas within contemporary landscapes. For these artists, revisiting buildings that once held a special significance challenges both the imagination and the interpretation of memory. 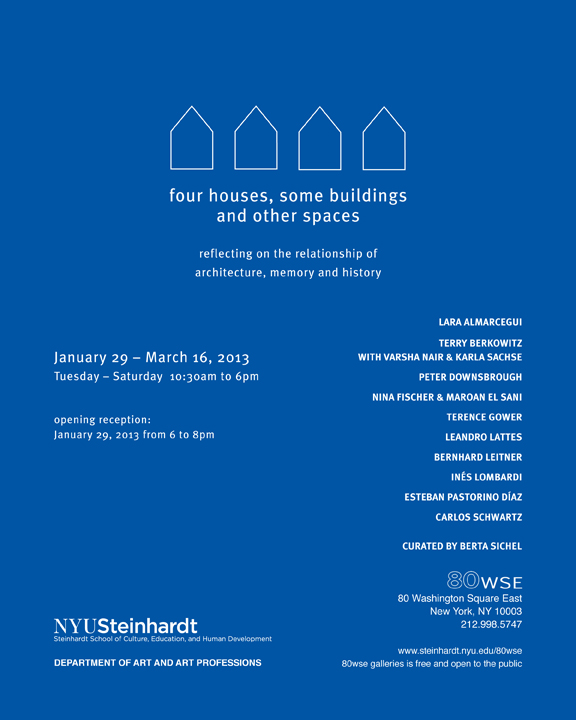 four houses, some buildings and other spaces
Posted by nora85 on 1 February 2013