The diptych Kitchen I & II shows two women in near-identical poses in modern kitchens. The photograph captions explain that the image on the left was taken in the Bass House, number 20 in a series of “Case Study Houses” published in the California monthly magazine, Arts and Architecture. The right image shows the artist’s mother in the kitchen of their western-Canadian home, designed by the artist’s father in 1965. The impeccable modernist mother—a career woman, who is also in charge of the home—is caught by the architectural photographer’s camera in the control-centre of the house, the technological kitchen. 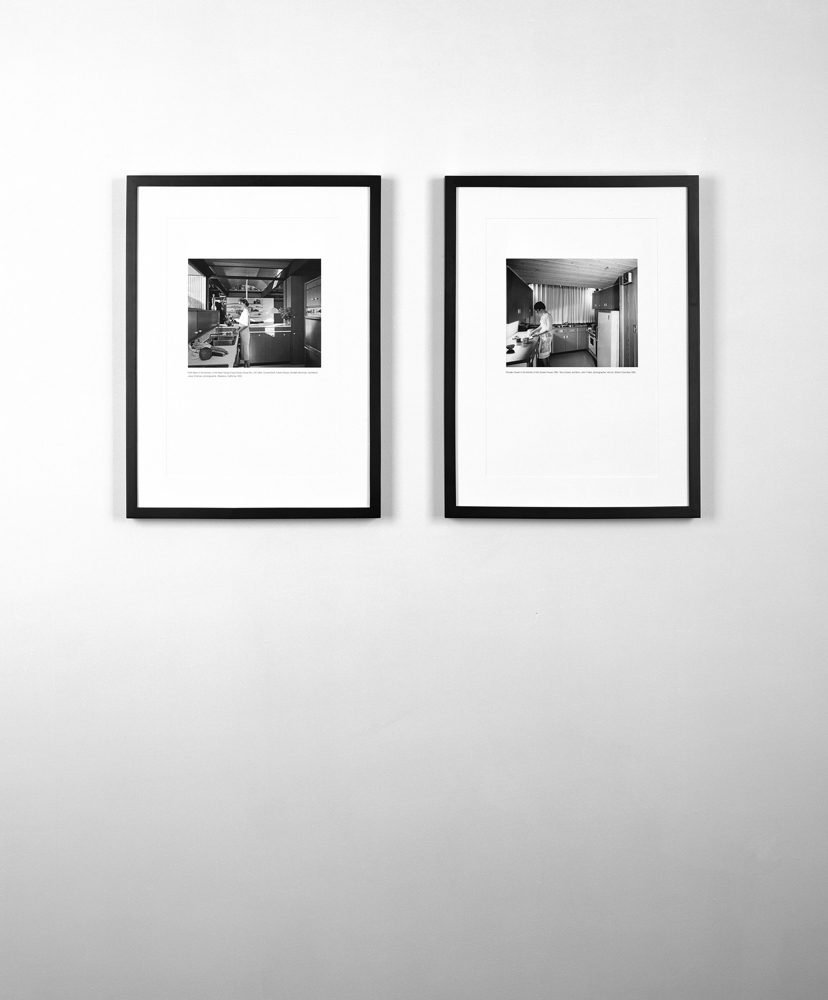 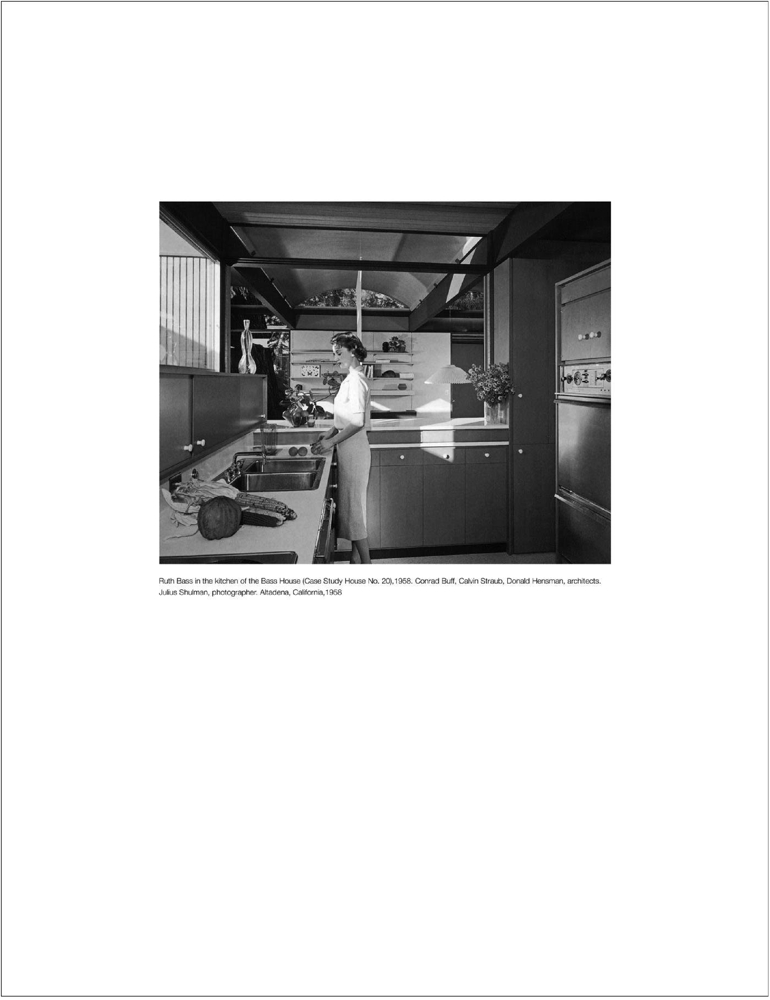 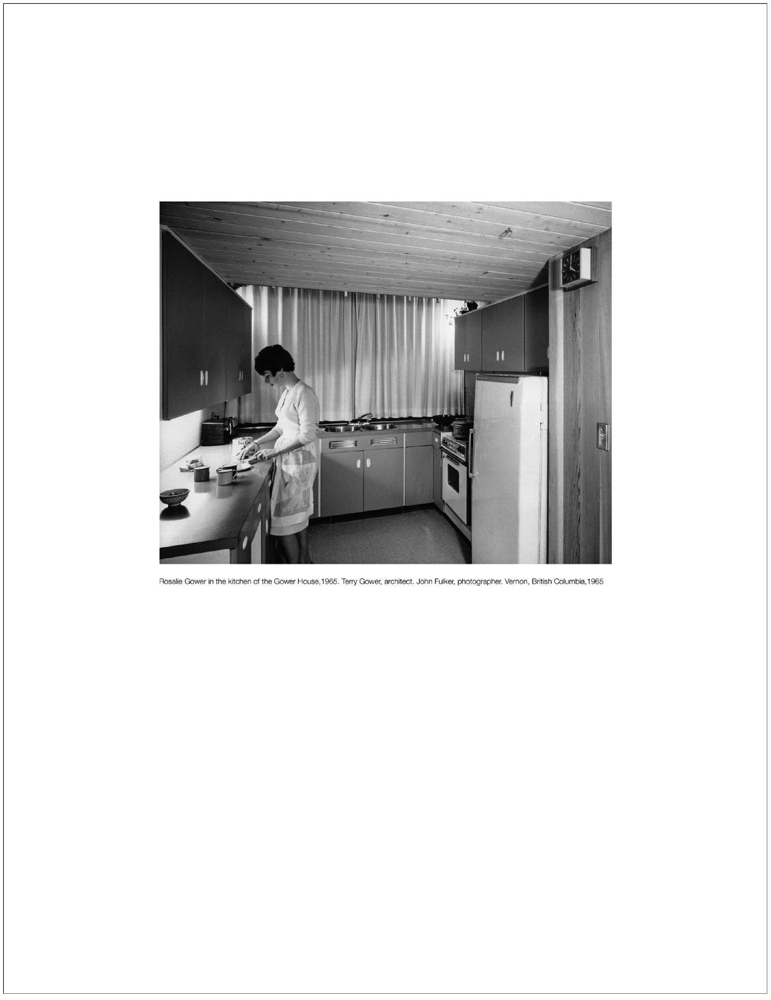