The motif of the wallpaper is a repeating series of high-rise housing units typical of American “projects” (the module is based on William Lescaze’s 1947 Chelsea Elliott Houses in New York City). The pattern plays on the overwhelming sense of scale shown in drawings for Le Corbusier’s Plan Voisin and Ludwig Hilbersheimer’s Hochhausstadt. But this urban housing scheme seems to have been expanded and reimagined by an interior decorator as an elegant Victorian garland-pattern wallpaper. It can be applied to soften the austerity of the typical modern housing unit interior. But the act of applying the wallpaper could also be a nightmarish modern planning exercise aimed at carpeting the landscape with identical blocks.

Produced for an exhibition at Mücsarnok, Budapest 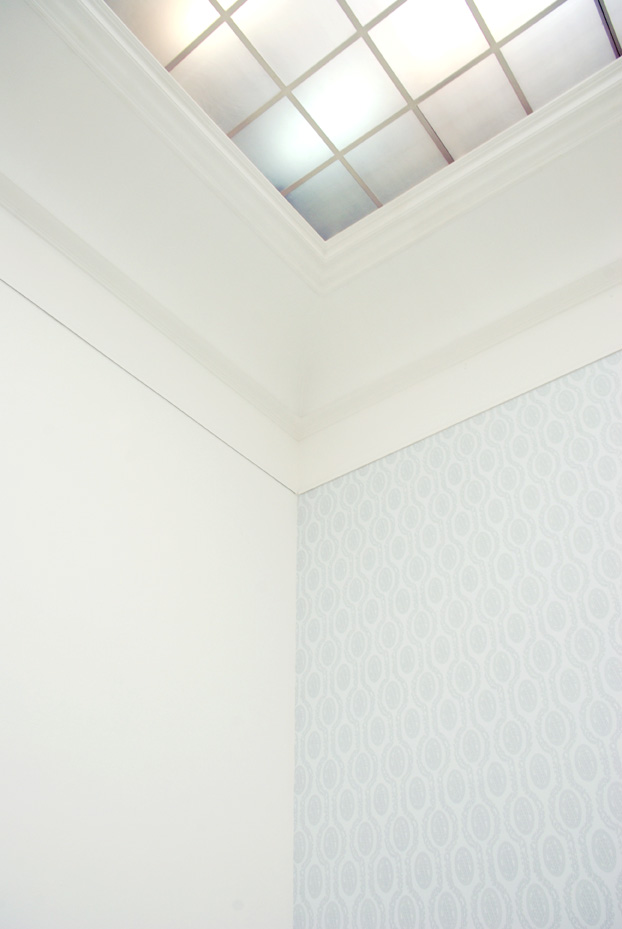 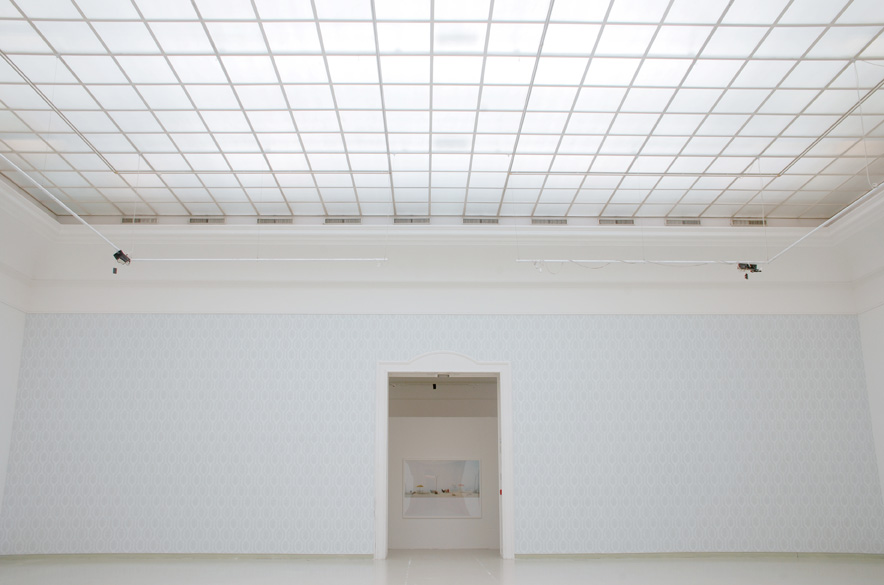 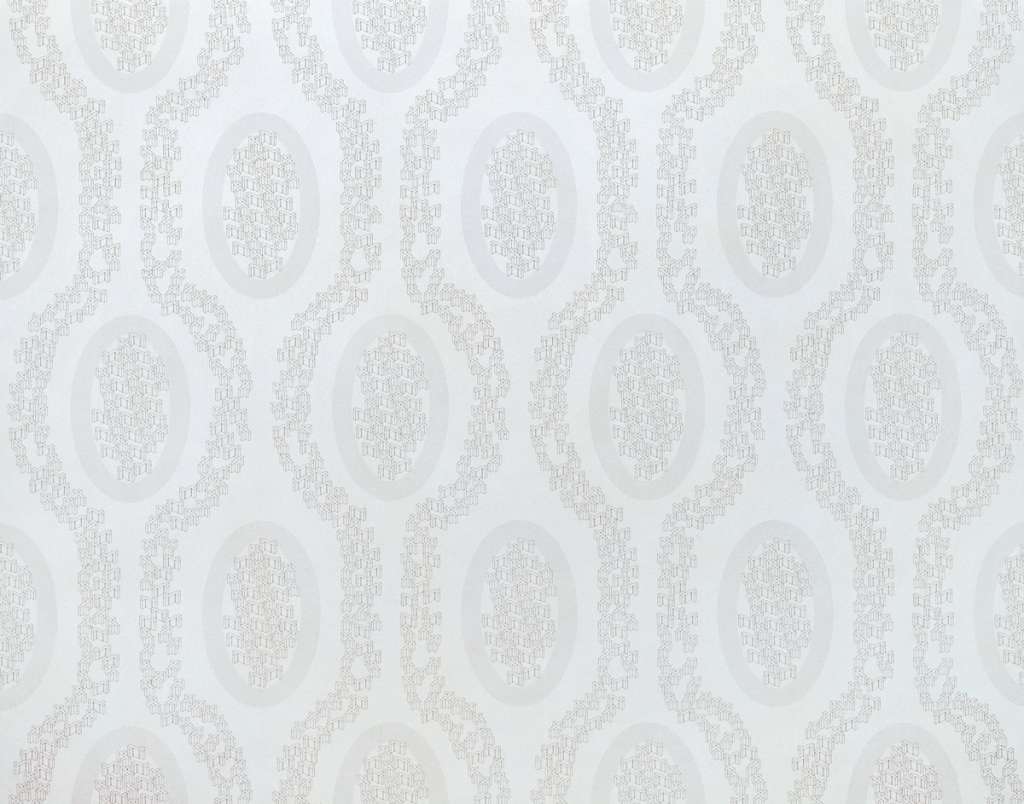 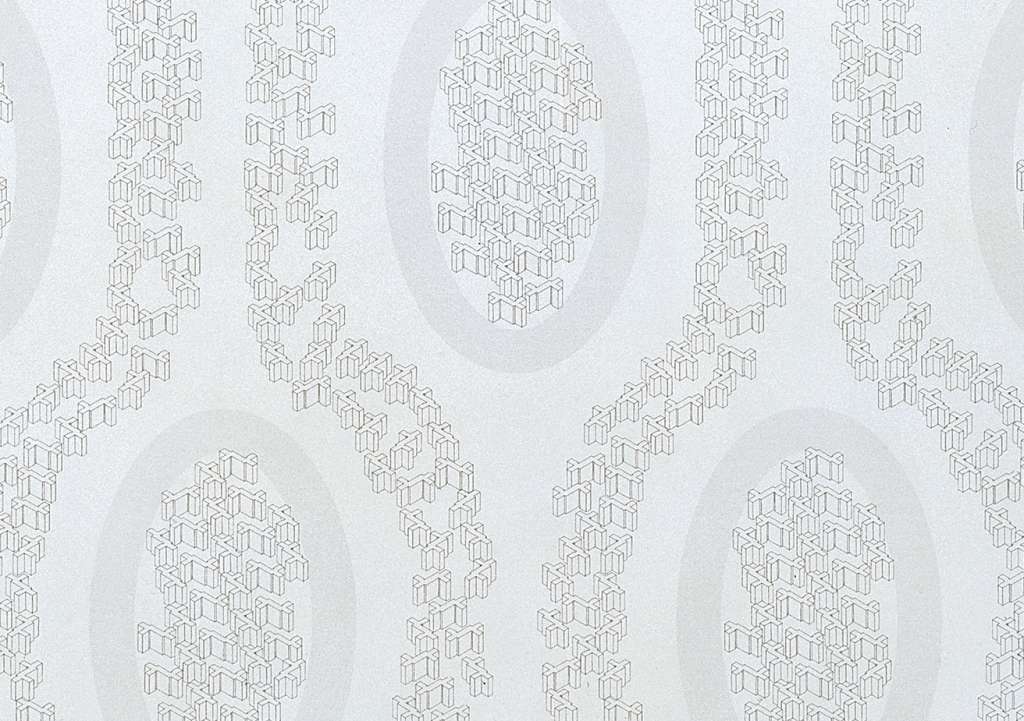 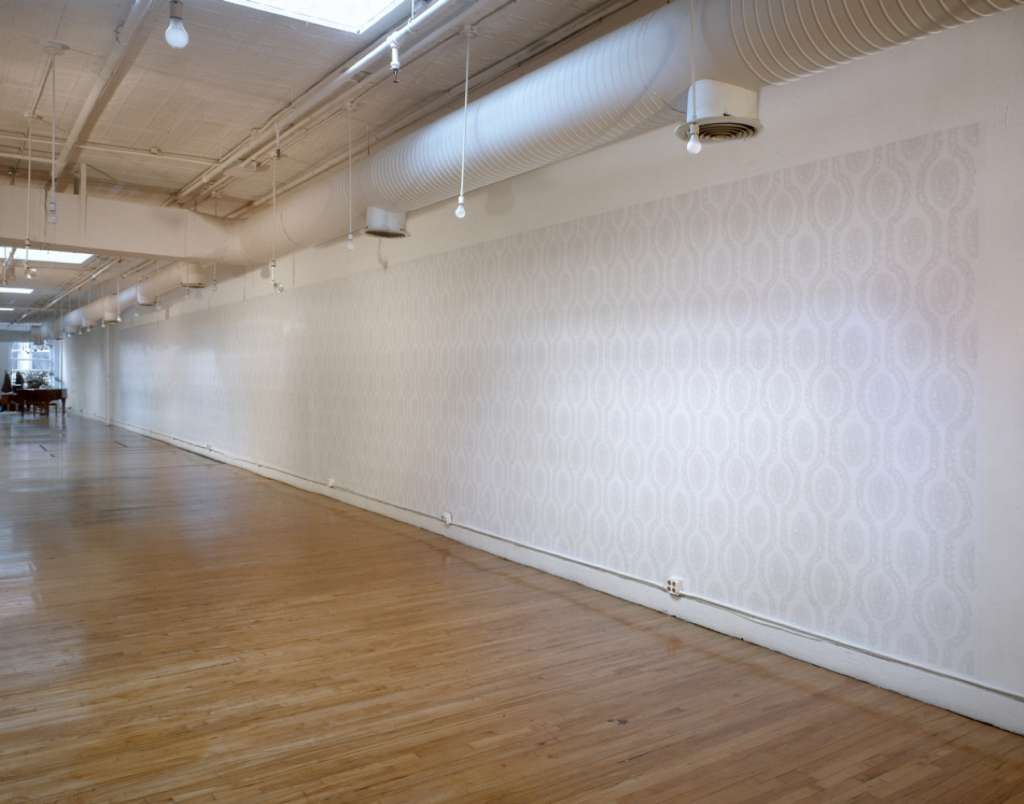