This small table-top piece is part of an ongoing series of studies on brutalism, an architectural category that derives its name from Rayner Banham’s 1955 essay The New Brutalism (Banham’s title is based on the French term beton brut for rough, exposed concrete.) The term brutalism has acquired new interpretations since the heyday of the movement in the 1960s and 70s and this project is as much about those new associations as it is about the original intentions of the buildings’ designers. The project maquettes are in fact proposals for monumental sculptures, leading to an invitation by MACBA, Barcelona to show one of these pieces in an exhibition titled Nonument, that investigated the meaning of the monument in contemporary culture. 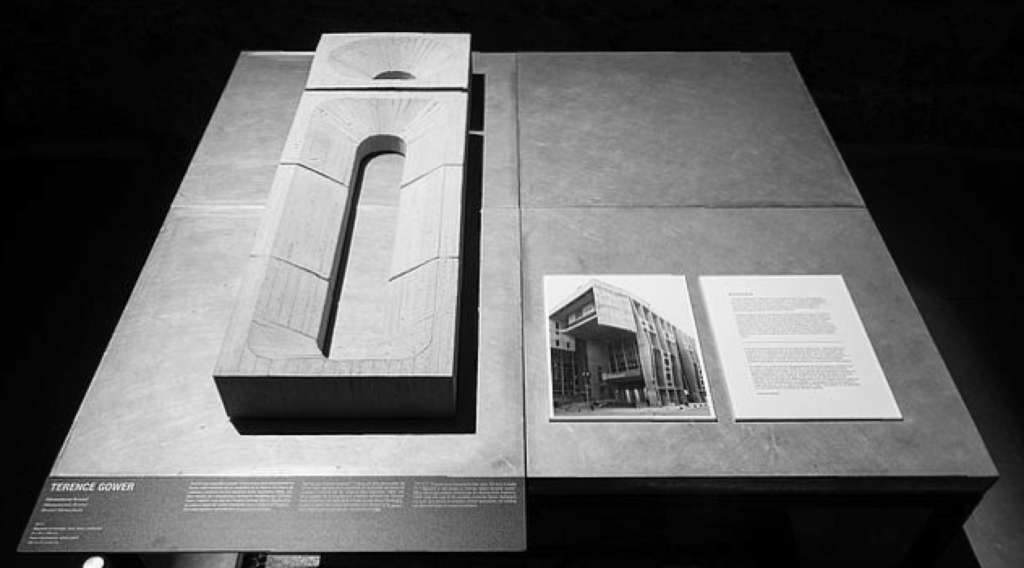 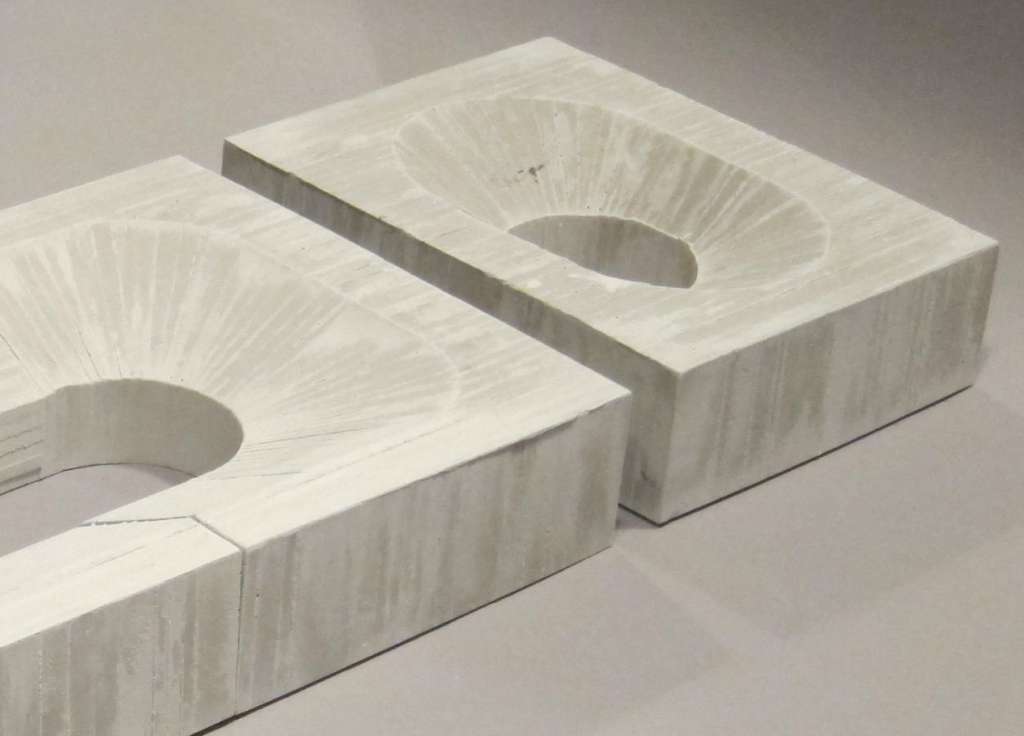 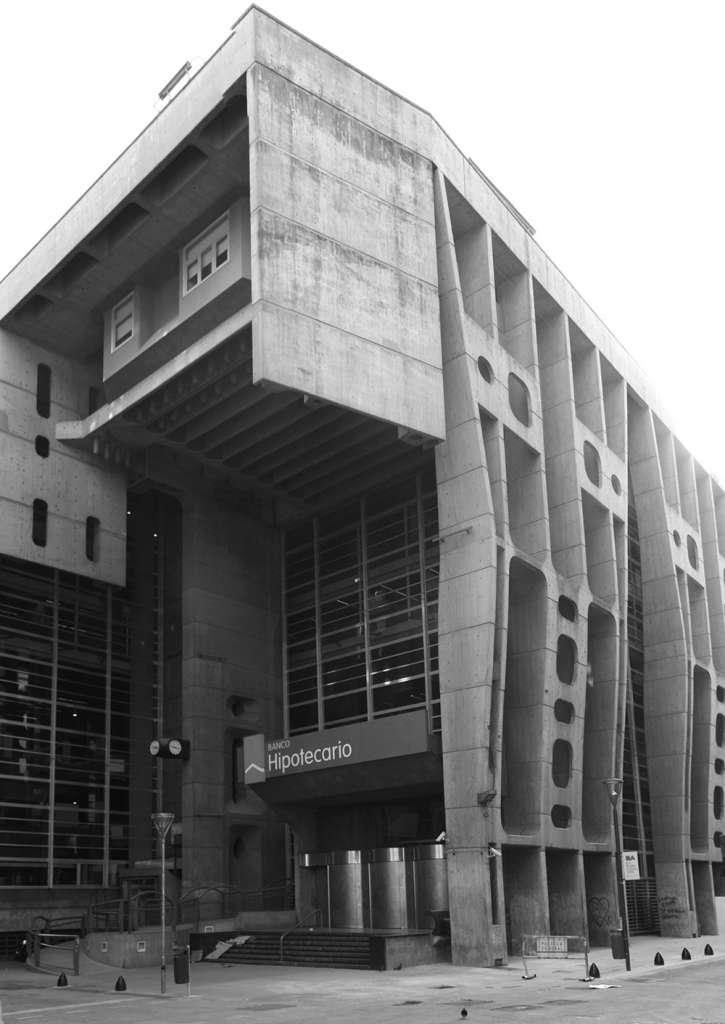 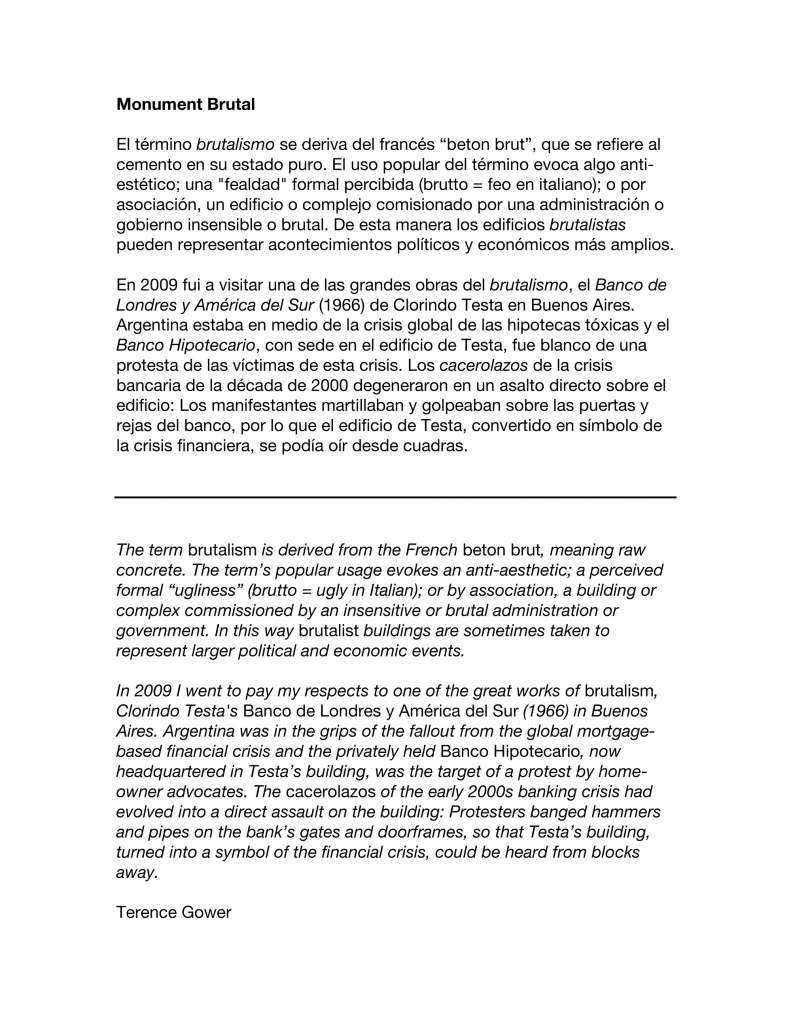