The Red Wall (Queens I)

A wall installation designed for the “Corbusian” ramp running from the first to second floor of the Queens Museum in New York and consisting of the diagonal ramp wall painted red plus a framed text mounted half-way up the ramp. The text is a fictional debate between three figures prominent in 20th Century art and architecture: Le Corbusier, Theo van Doesburg, and Donald Judd. The three speakers debate the optical and spatial effects of colour in architecture with each statement based on published manifestoes and interviews which are then woven into a conversation. The dialogue is also available as a pamphlet to be taken away by museum visitors.

A second analysis of the same site at the Queens Museum, this time a pair of digital prints are mounted adjacent to the red wall. The left print is an axonometric drawing of the installation, and the right print a detail from the first drawing that erases the illusion of depth, resulting in a flat graphic composition. This is a study of the “depth threshold”, the point at which three-dimensional illusion either appears or evaporates. The huge red triangle of the Red Wall could be seen from a distance through the museum’s two-storey windows facing Flushing Meadows park.

The Red Wall (Queens I) 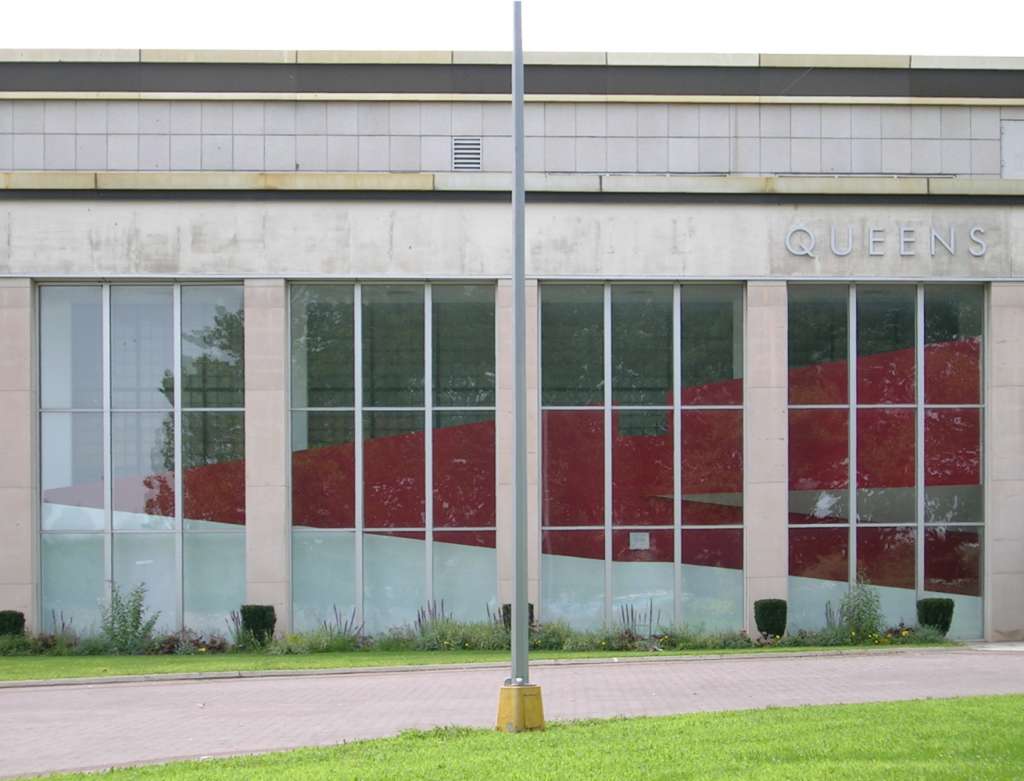 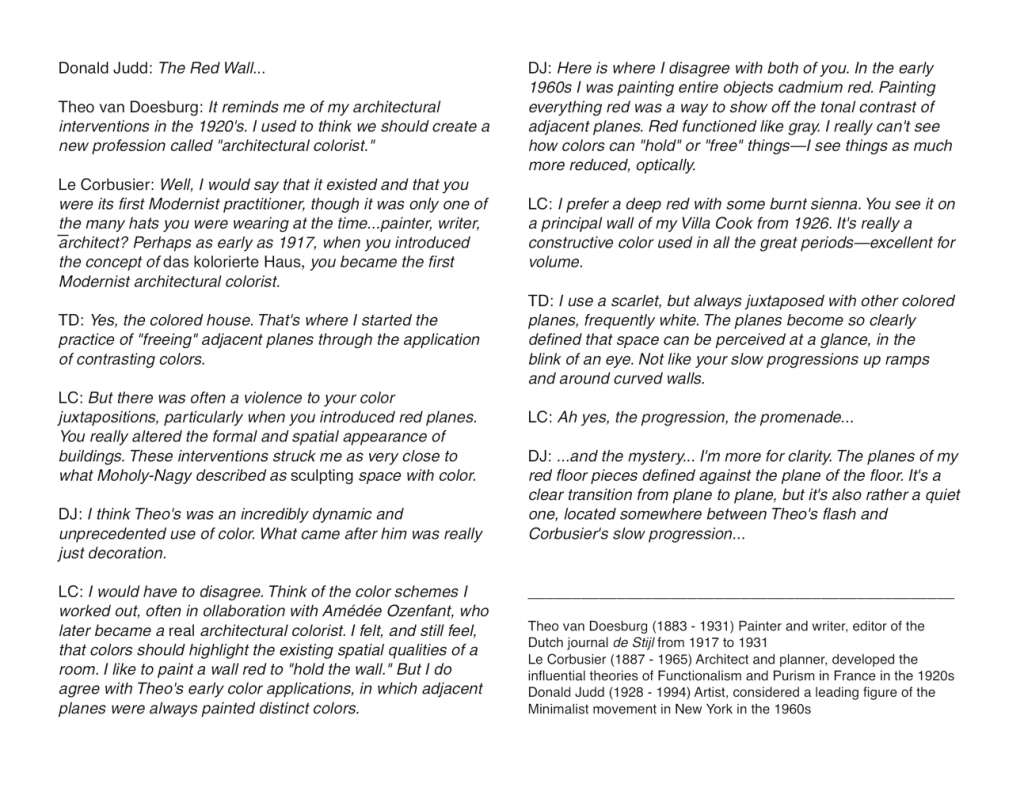 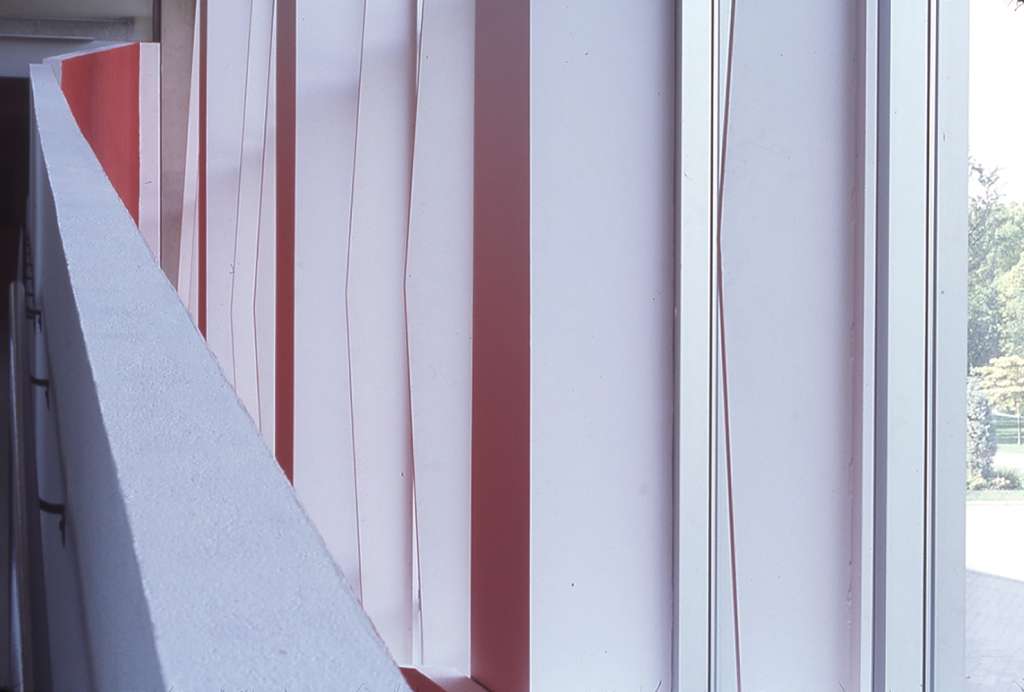 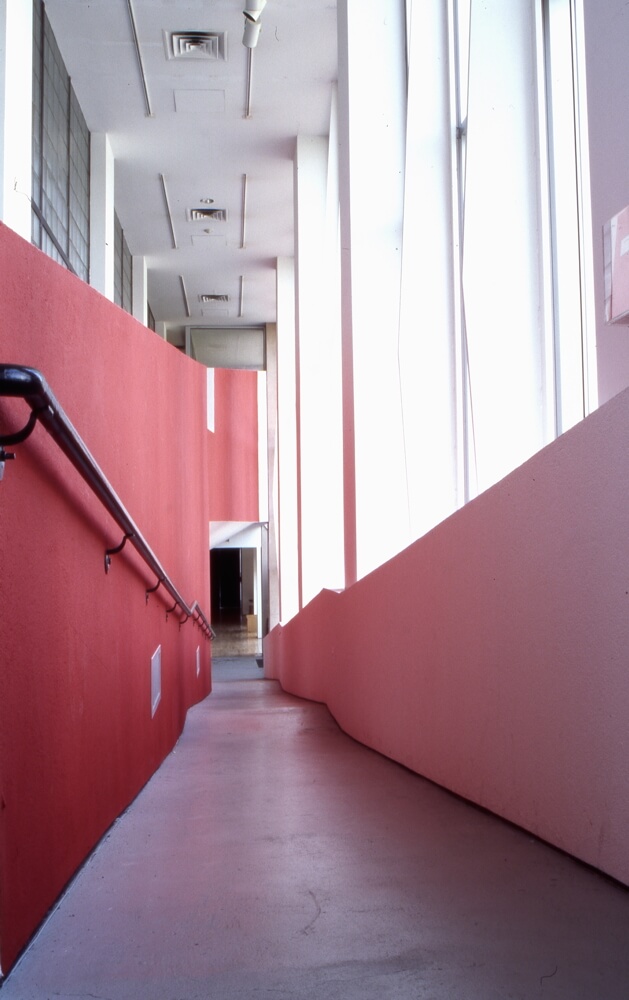 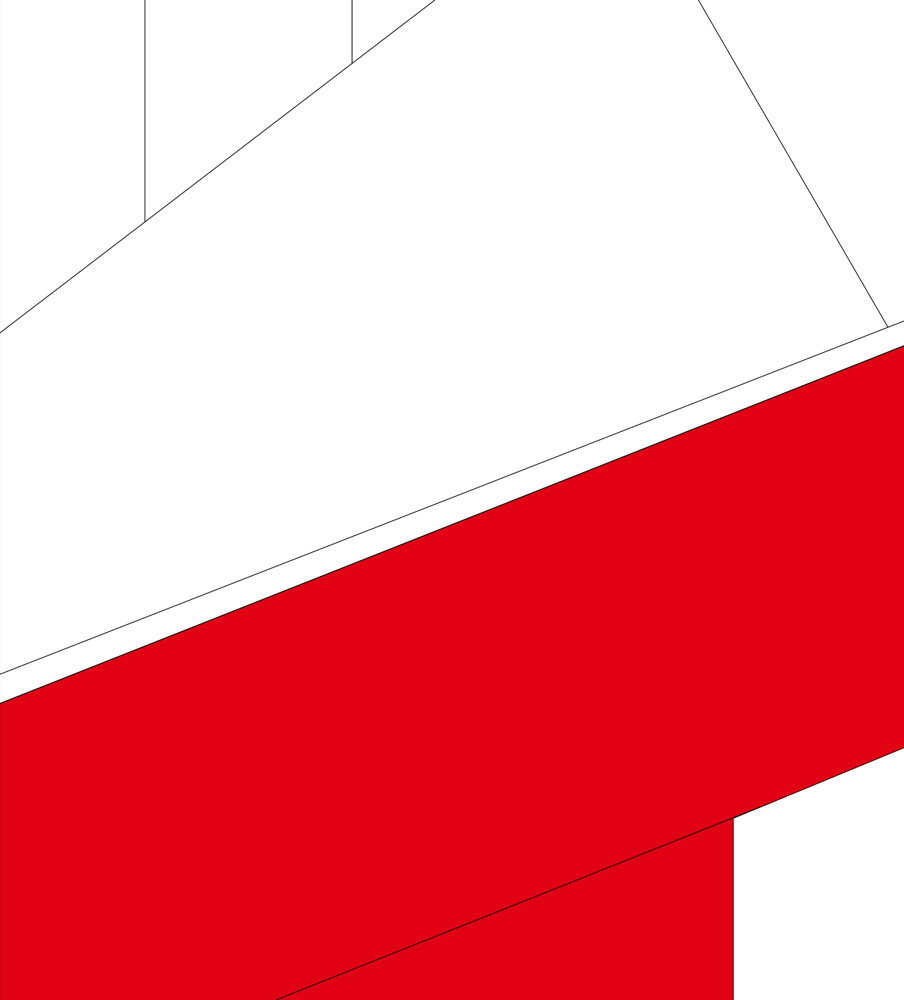 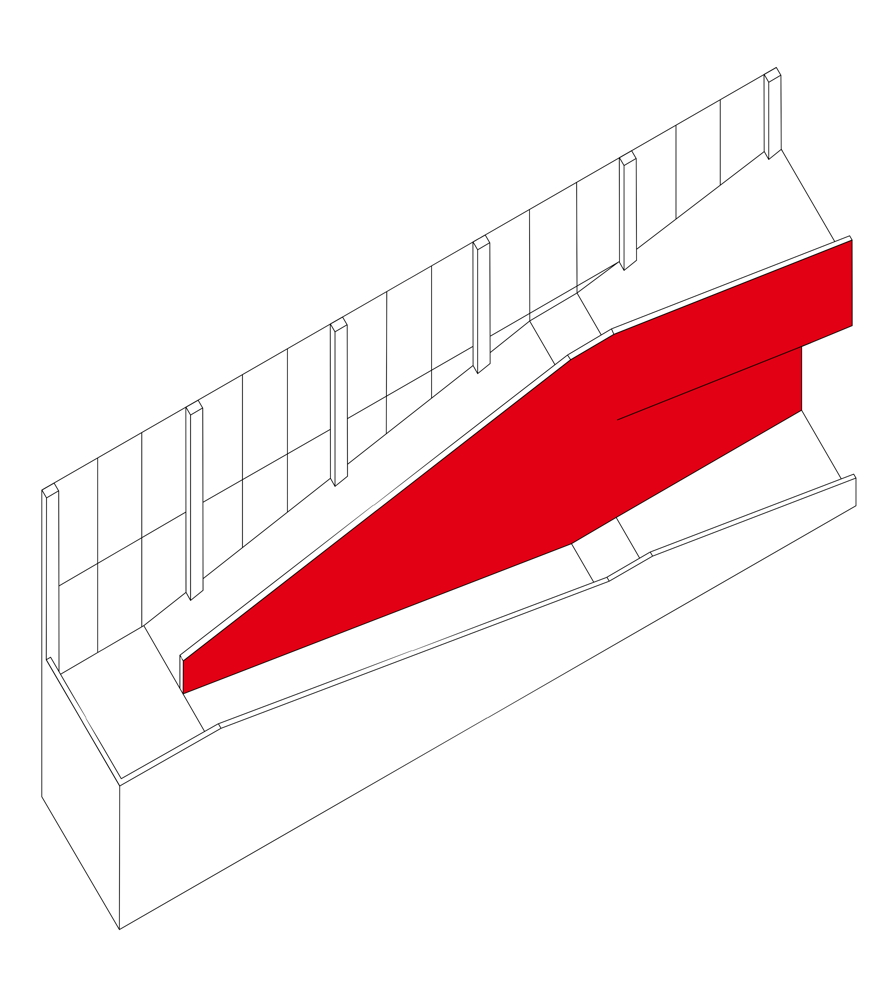